Between 1836 and 1861, Mexico’s difficulties as a sovereign state became fully exposed. Its example provides a case study for all similarly emerging independent states that have broken away from long-standing imperial systems. The leaders of the Republic in Mexico envisaged the construction of a nation, in a process that often conflicted with ethnic, religious, and local loyalties. The question of popular participation always remained outstanding, and this book examines regional and local movements as the other side of the coin to capital city issues and aspirations. Formerly an outstanding Spanish colony on the North American sub-continent, financial difficulties, economic recession, and political divisions made the new Republic vulnerable to spoliation. This began with the loss of Texas in 1836, the acquisition of the Far North by the United States in 1846–8, and the European debt-collecting Intervention in 1861. This study examines the Mexican responses to these setbacks, culminating in the Liberal Reform Movement from 1855 and the opposition to it.

‘Between the loss of Texas (1836) and the beginning of a French-Austrian-supported monarchy (1861), Mexico’s history seems an unnarratable messy story. Hamnett … manages to tell the story without simplifying the many moving parts. Here are the actual global parameters of actions of the young republic seeking to restore something close to a State, as well as the import of ideas, economics, leaders and factions – and all that seen functioning at various local levels. A succinctness and a comprehensiveness that seemed unreachable, here the reader has it.’
-Mauricio Tenorio, Samuel N. Harper Professor of History, The University of Chicago

‘This volume is sweeping in scope, analysing decades of political and social conflict in many Mexican regions, yet is also the product of exhaustive research in national and local archives, and the author’s thorough reading of the historiography. It provides a unique and compelling view of national politics in the period.’
-Peter Guardino, Provost Professor, Department of History, Indiana University

‘This is a truly outstanding work that succeeds in combining an analysis of both local and global trends in an incredibly sophisticated and nuanced interpretation of Mexico’s mid-century economic and financial difficulties. It brings to the fore how the popular movements of the 1840s and early-1850s engaged with the Liberal Reform Party and the major issues of the day … veritable tour de force.’
-Professor Will Fowler, School of Modern Languages, University of St Andrews

‘The middle decades of the nineteenth century were among the most complex periods of Mexican history. Hamnett’s new book offers a magisterial analysis of the main issues and processes that defined this era, from the crisis of republican government to the religious conflict and the international challenges of the new nation. It is an essential reading for any historian of Mexico.’
-Pablo Mijangos, Chair of History, Centro de Investigación y Docencias Económicas A.C.

Acknowledgements
Introduction
Part One Issues and Contexts
1 What is to be done?
2 Villages, landlords and businessmen
3 Financing Mexican government
4 Political reconstruction: before the War with the United States 1836–1846
5 Political reconstruction: during and after the War, 1846–1855
6 Persistent pressure from the United States
Part Two Responses and Reactions
7 Social and ethnic tensions in their local contexts
8 Conflict in the Sierra Gorda – Querétaro, Guanajuato,
San Luis Potosí
9 The struggles in the Isthmus of Tehuantepec
Part Three Reform and Frustration
10 The Revolution of Ayutla and the first stage of the Liberal Reform, 1854–1855
11 The Lerdo Law of 1856
12 The Federal Constitution of 1857 and the road to disaster.
13 The Civil War of the Reform, 1858–1861
14 The continuation of the Reform and the final phase of the war, 1859–61
15 The Liberals return to power in 1861
Final Remarks
Sources and Bibliography 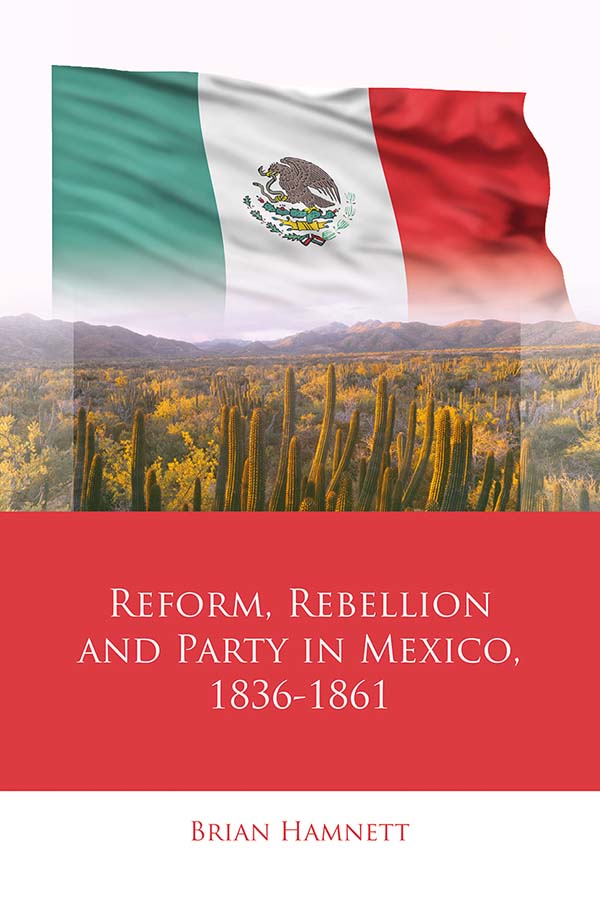