The Gothic has always been fascinated with objects carrying with them a sense of horror – the decomposing body, the rigid corpse, the bleeding statue, the spectral skeleton – capable of creating a sublime form of beauty. Gothic Remains: Corpses, Terror and Anatomical Culture, 1764–1897 offers an exploration of those Gothic tropes and conventions that were most thoroughly steeped in the anatomical culture of the period – from skeletons, used to understand human anatomy, to pathological human remains exhibited in medical museums; from bodysnatching aimed at providing dissection subjects, to live-burials resulting from medical misdiagnoses and pointing to contemporary research into the signs of death. The historicist reading of canonical and less-known Gothic texts proposed throughout Gothic Remains, explored through the prism of anatomy, seeks to offer new insights into the ways in which medical practice and the medical sciences informed the aesthetics of pain and death typically read therein, and the two-way traffic that emerged between medical literature and literary texts.

‘Gothic Remains is a wonderful example of detailed interdisciplinary work in action. Laurence Talairach provides an utterly convincing argument of the imbrication of gothic literary culture with medical anatomy. In doing so, she reshapes the genre and adds significantly to the ever-growing body of scholarly work on romanticism and the sciences.’
Professor Martin Willis, Cardiff University

‘Gothic Remains offers a well-written, balanced and informative overview of the rise of the medical gothic; its penetrative, interdisciplinary readings explore the long nineteenth century’s reassessment of medical knowledge and its impact on questions of truth, materiality and humanity. This work will be of value to a wide range of scholars interested in literature, gothic and the medical humanities.’

Laurence Talairach is Professor of English at the University of Toulouse Jean Jaurès, and associate researcher at the Alexandre Koyré Centre for the History of Science and Technology (UMR 8560). Her research specialises on the interrelations between nineteenth-century literature, medicine and science. 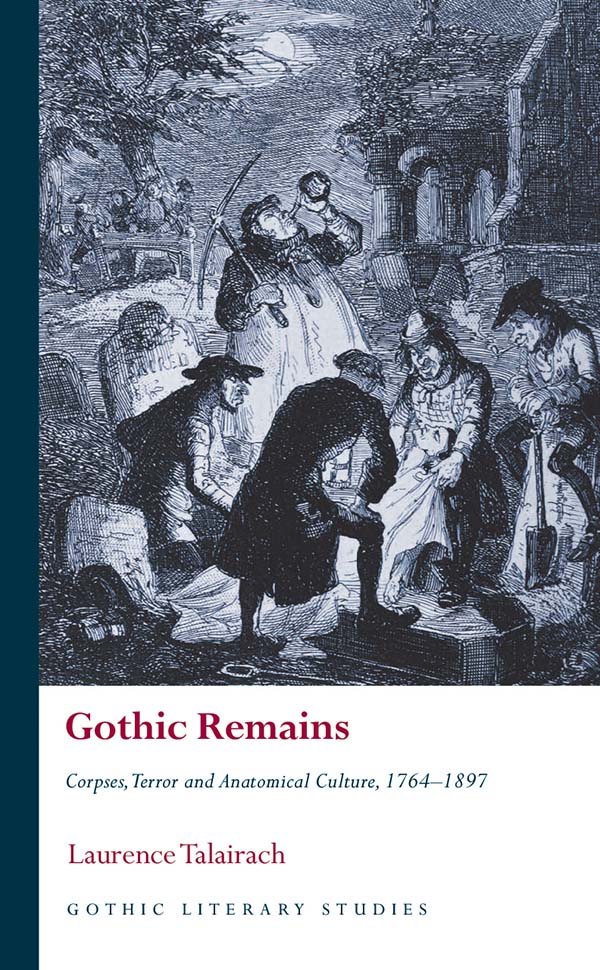