'This is a crucially important analysis that should blaze a trail for succeeding generations to discover paths not only through the wilderness of their world but also their own selves. As I did as I read. Matters became clear which had been little more than a mist of intuition.' Emyr Humphreys 'Today it requires an exceptional effort of patient scholarship and historical empathy to convey how profoundly the thoughts, words, habits, and deeds of those who lived only a generation or so ago were shaped by religious influences-often never more so than when they sought to rebel against them. In this new history of the Welsh dissenting culture and its impact on major Anglo-Welsh writers, Professor Thomas eloquently and convincingly demonstrates how crucial its influence was. Anyone seriously interested in what the "Protestant imagination" was and for many actually still is will find great value in his insights, whose horizon extends across the Atlantic as well as through the centuries of Welsh history and literature from the Reformation to the mid-twentieth century.' Lawrence Buell, Harvard University

Preacher’s World 1 A bluffer’s guide to Welsh Nonconformity 2 The Nonconformist century 3 Bringing Nonconformity to book Writer’s World 4 War of words: the preacher and the writer 5 Spoiled preachers 6 Wales BC Individual Worlds 7 ‘Marlais’: Dylan Thomas and the ‘tin Bethels’ 8 ‘Fucking and forgiveness’: the case of Glyn Jones 9 ‘Solid in goodly counsel’: the chapels write back 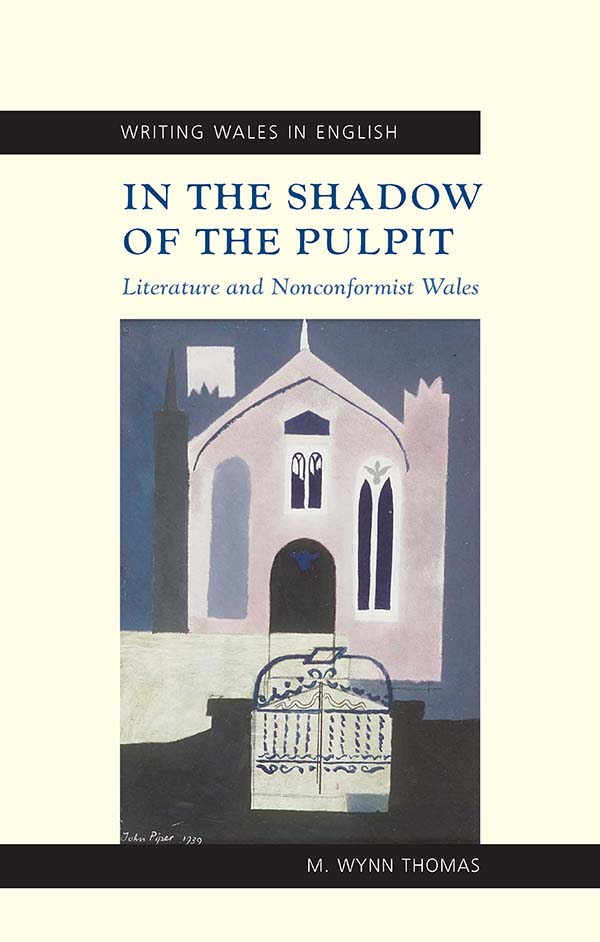