‘A much needed and insightful introspective on the figure of one of the most original female thinkers in Spain’s twentieth century. Beatriz Caballero Rodríguez takes a major step towards providing a compelling and innovative analysis of Zambrano’s critical views against the dominance of discursive reason.’

‘A very welcome and compelling inquiry into María Zambrano’s poetic reason and thought, especially its hitherto little-studied political dimension, and its main drivers, in light of her biography. This is a lucid study of one of Europe’s most original but often overlooked or misunderstood philosophers, whose thought as Emil Cioran would have it and as Beatriz Caballero so elegantly demonstrates actually transcends philosophy.’

‘As the ﬁrst book in English on Spanish philosopher María Zambrano (1904-1991), this is a most welcome volume. Zambrano is not an easy read in any language, and Beatriz Caballero Rodríguez, while not oversimplifying Zambrano’s complex and subtle thought, lays out the philosopher’s main ideas with clarity and sophistication. One can only hope that this intelligently argued book will be followed by more translations of María Zambrano’s works into English so that anyone whose interest is piqued by Caballero Rodríguez’s monograph will have primary texts on which to slake their thirst.’ 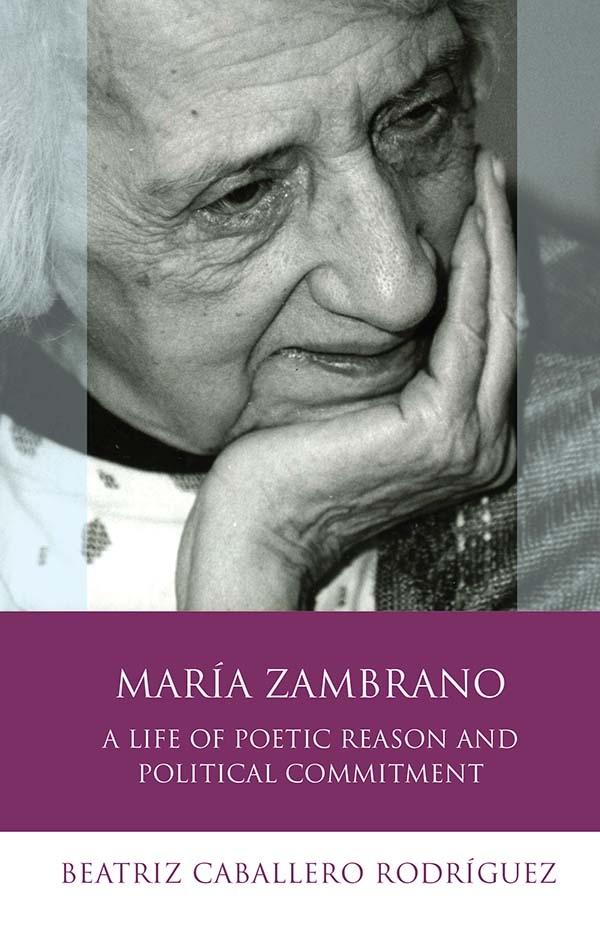