Middle English devotional compilations – consisting of a series of texts or extracts of texts that have intentionally been put together to constitute new and unified devotional texts – have often been approached as complex collections of source texts that need to be linked with their originals. This book argues that the study of compilations should move beyond the disentanglement of their sources. It approaches compiling as a literary activity and an active way of shaping the medieval text, with the aim to nuance scholarly discussion about compiling by putting greater emphasis on the literary instead of the technical aspects of compiling activity. In addition to describing the additions, omissions and other types of adaptations that compilers made to their source texts, Middle English Devotional Compilations highlights the nature and function of compiling activity in late medieval England, and examines three major but understudied Middle English devotional compilations in depth: The Pore Caitif, The Tretyse of Love and A Talkyng of the Love of God.

‘This is a welcome and timely study of compilation, a widespread and highly influential medieval mode of writing that has been overshadowed by modern notions of authorship and originality. Denissen writes with sensitivity and understanding, and brings a holistic approach to these unjustly neglected Middle English devotional texts and their manuscripts.’ Margaret Connolly, University of St Andrews

‘A promising scholar’s brilliant study of three texts in their various shapes of transmission. Rich in detail and in fruitful conversation with earlier work on The Pore Caitif, The Tretyse of Love and A Talkyng of the Love of God, this book will revive interest in these fascinating devotional texts.’ Marleen Cré, University of Saint Louis

Series Editors’ Preface
Volume Preface
Acknowledgements
List of Tables
Abbreviations
1. Compiling Styles and Strategies
2. The Pore Caitif
3. The Tretyse of Love
4. A Talkyng of the Love of God
Afterword: Without the Multiplication of Many Books?
Bibliography
Appendix: A transcription of ‘ȝe þat wollen lerne to loue god rede þis litill scripte’
Index

Diana Denissen completed her PhD in Medieval English Literature at the University of Lausanne (2017), and was a project member of the Swiss National Science Foundation Project, ‘Late Medieval Religiosity in England: The Evidence of Fourteenth- and Fifteenth-Century Devotional Compilations’. She is the recent recipient of a postdoctoral mobility fellowship funded by the Swiss National Science Foundation. 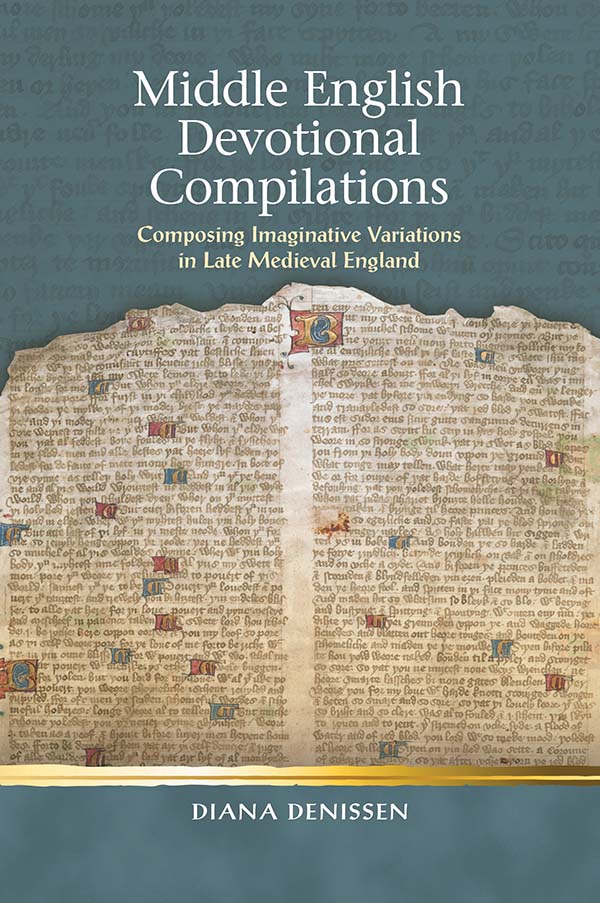