Around the turn of the century, Welsh readers thrilled to the heroic stories of Owen Rhoscomyl. Having been a cowboy, frontiersman, soldier and mercenary, Rhoscomyl was as adventurous and exotic as his stories. Roving the wilds of the American West, Patagonia and South Africa before finally settling in Wales, Rhoscomyl was a flawed hero who led a rough life that exacted a personal price in poverty, delinquency and violence. He identified deeply with the Welsh nation as a source of tradition, legitimacy and belonging within a wider imperial world. As a popular commercial writer of historical romance, imperial adventure, popular history and public spectacle, he rejected accusations of national inferiority, effeminacy and defeatism in his depictions of the Welsh as an inherently masculine and martial people, accustomed to the rugged conditions of the frontier, ready to advance the glory of their nation and eager to lead the British imperial enterprise. This literary biography will explore the vaulting ambitions, real achievements, and bitter disappointments of the life, work and milieu of Owen Rhoscomyl.

‘This deeply researched and sensitively written study focuses on a remarkable life that spanned three continents. Here was an individual who was at various times a frontiersman, army officer, popular novelist and patriotic historian. His life embraced imperialism and Welsh patriotism, and the author navigates these themes superbly, in the process illuminating neglected features of the past.’
-Professor Paul O’Leary, Aberystwyth University 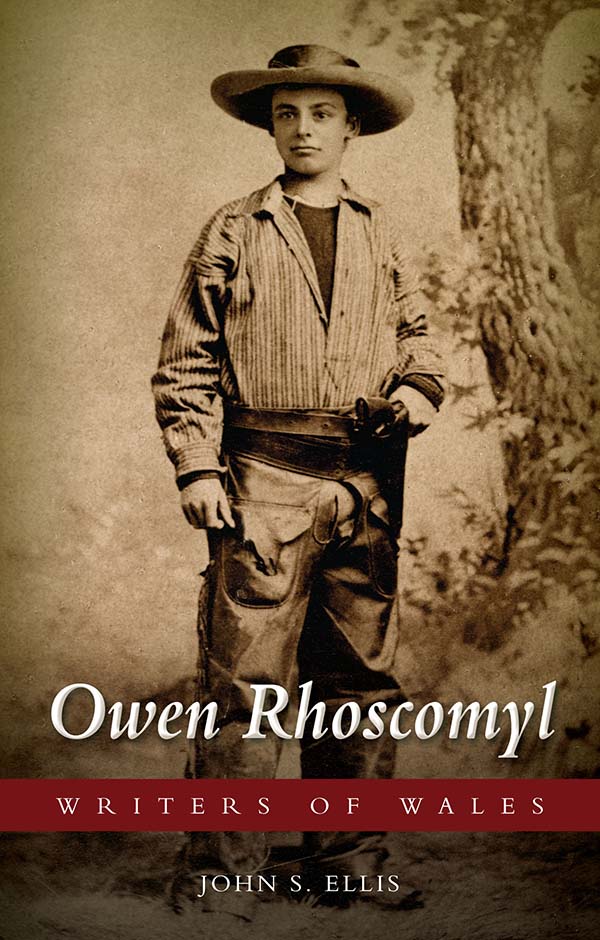