An organized women’s suffrage movement operated continuously in Britain for more than sixty years, from the mid 1860s until the achievement of equal voting rights with men in 1928. In the decade prior to the outbreak of the First World War in 1914, both militant suffragettes and law-abiding suffragists ensured that the issue came to the forefront of British politics. This book presents a comprehensive investigation of the movement in Wales, which participated in the agitation throughout the whole of the period. Grounded in primary research of extensive archival material, The Women’s Suffrage Movement in Wales assesses the impact of all the various campaigning organizations, highlighting the role of the many hugely committed but unsung individuals on whom local impact was dependent, and accounting for the stances adopted by various politicians as well as parliamentary developments. The book covers the dramatic and sensational actions of the suffragettes in Wales (including several of the most widely publicized clashes between demonstrators and authority outside London), and the more mundane work undertaken by the vast majority of campaigners across the decades – with due consideration of the arguments and organized resistance of the opponents of women’s suffrage. This is a study that focuses on the survival of the campaign in the face of wartime difficulties, detailing the much-neglected last decade of the campaign, between the granting of partial enfranchisement in 1918 and the triumph of equal franchise in 1928.

For over thirty years, Ryland Wallace was lecturer in history at Coleg Gwent. His volume, ‘Organize! Organize! Organize!’ A Study of Reform Agitations in Wales, 1840–1886, appeared in the Studies in Welsh History series in 1991, and he is the author of numerous articles on Welsh history. 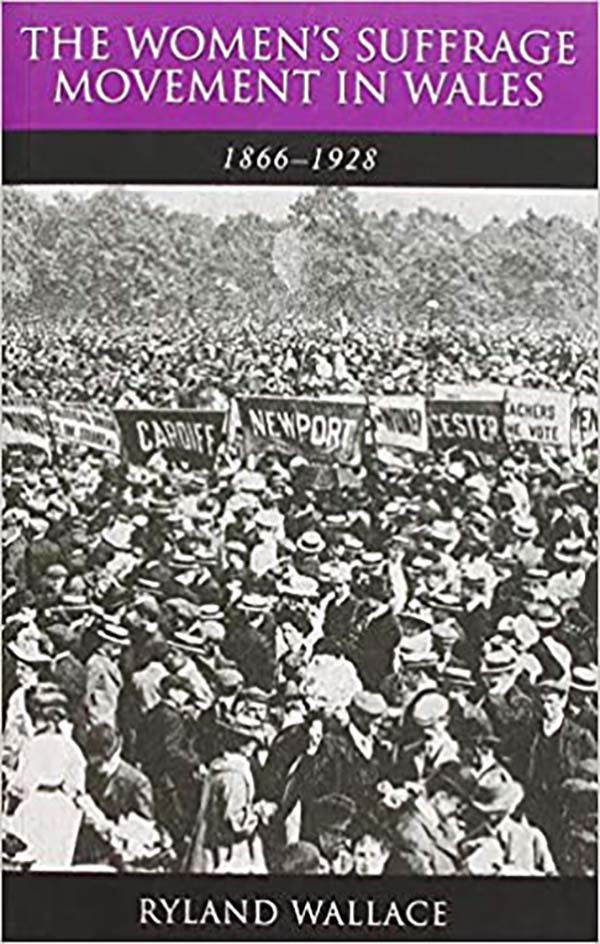