The main focus of this book is on the contribution of Welsh scientists, engineers and facilities in Wales to the British nuclear programme – especially the military programme – from the Second World War through to the present day. After the war, a number of Welsh scientists at Harwell played an important role in the development of civil nuclear power, and subsequently also at Aldermaston where Welsh scientists and engineers were a key part of William Penney’s team producing the first UK nuclear device tested at Monte Bello in 1952. This book highlights the scientific and engineering contribution made by Welsh scientists and engineers, and, where possible, it considers their backgrounds, education, personalities and interests. Many, for example, were sons of miners from the Welsh valleys, whose lives were changed by their teachers and education at Wales’s university institutions – which responds in part to the question, ‘Why so many Welshmen?’

‘John Baylis has already written extensively on the British nuclear programme. Now, in introducing us to the disproportionate number of Welsh scientists and engineers involved in the early bomb programme, he adds to the story a welcome and revealing human dimension.’
-Sir Lawrence Freedman, FBA, Emeritus Professor, King’s College London

‘Nuclear weapons pose difficult moral problems. They also involve complex scientific challenges. In this interesting study, John Baylis focuses on the role of scientists and engineers, mostly born and brought up in Wales, in the development of the British nuclear weapons programme over the past seventy years. It is a fascinating and surprising story.’
-Robin Williams, CBE, FRS, FLSW, Emeritus Professor, Swansea University

‘A foremost international authority on the history of nuclear weapons, John Baylis has produced an illuminating study of the role of Welsh scientists and engineers in the development of Britain’s atomic and thermo-nuclear weapons. Wales and the Bomb will prove of fascination for students of British nuclear history and for anyone interested in the cultural history of technology in Wales and Britain since the Second World War.’
–Len Scott, FLSW, Emeritus Professor, Aberystwyth University 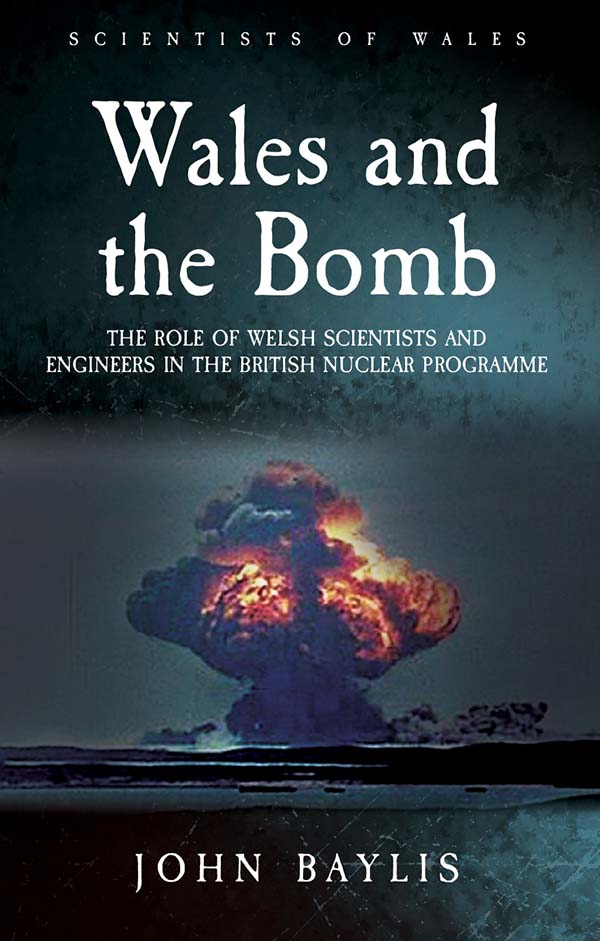